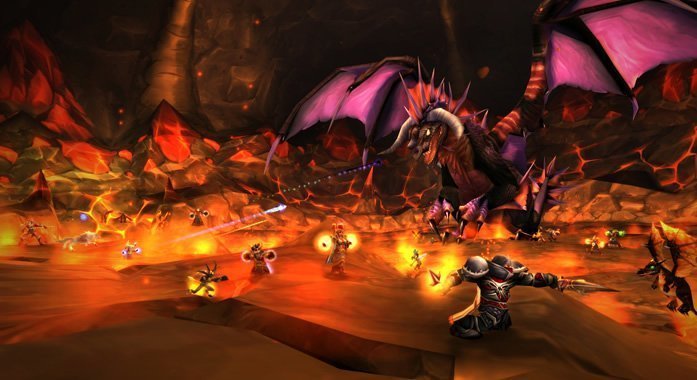 With all the hype that WoW Classic has brought to the gaming community, we are here to explain the ins and outs of what WoW Classic gaming PC you need to get the best out of the game and join the masses of people enjoying themselves in World of Warcraft.

We will be explaining more in depth of what you need to play WoW Classic no matter on what kind of experience you want it to be. We are here to suggest the best PC specification options for you, whether you are looking to just see what all the hype is about or looking to ultimately, become a high level tier raider.

What is WoW Classic?

WoW Classic is a re-release of how World of Warcraft used to be like back in 2006 it is currently running on patch 1.12 meaning that the game itself is ‘harder’ as this was before all the quality of life patches were added and before classes were completely changed during the release of cataclysm.

This all adds up to making Classic important to the player base as for a lot of people it is a nostalgia fix for them but with a large number of streamers also wanting to play the game it brought in millions of new players on release. The game is made to feel more community-driven because you have to help other Warcraft players with objectives and manually setup/join groups to complete dungeon instances.

What are the PC Requirements to Play WoW?

Since WoW Classic is based on the original World of Warcraft 2006, the minimum requirements are very low compared to other PC multi player games.

The game performance settings are set to low in order to simulate what it would have been like back when it was the current patch, because of this there is a vast quantity of PC’s that will be able to run this game but there is the option of going for a better PC to make the experience more enjoyable and to be able to compete at a higher level in the PvP or PvM modes of the game.

WoW Classic is one of the best games for entry level gaimng computers as the requirements are extremely low as the has been coded to reflect gaming mechanics of the original classic. This means you don’t need to break the bank to join in with the millions of others playing World of Warcraft as most PCs build these days are more than capable of running this game. Here are our best 3 WoW budget gaming PCs. 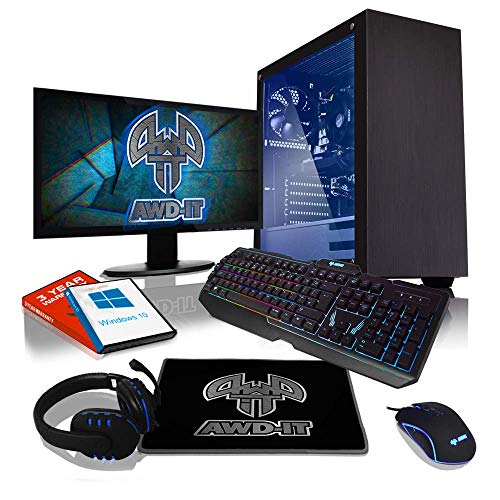 If you want something that doesn’t burn a hole in your wallet this is the choice it gives you everything you need to get into the World of Warcraft, This is the best starting point for going into PC gaming as it comes with all the peripherals needed to get you started. Check it Out 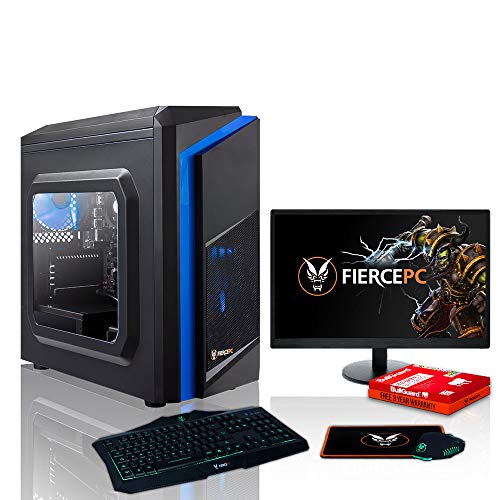 Although this PC doesn’t come with a dedicated graphics card the CPU is more than capable of running anything that is needed. Especially something as CPU heavy as WoW Classic makes the GPU redundant at this price range. This PC will be able to run level grinding, questing and large multi-player raiding or player vs player at decent speed and performance. Check it Out

Unlike the other low cost WoW PCs reviewed, this PC does not come with any peripherals which can be a positive thing as it means you get more performance out of the computer and you can choose exactly what peripherals you would like. This computer comes built and ready to go, designed for gamers to be able to play all the top instances and raids of WoW classic including Molten Core and Blackwing Lair. Check it Out

Playing WoW Classic on a mid range PC is more enjoyable as there are numerous loading screens during gameplay. Travelling to certain zones such as Kalimdor and Eastern Kingdoms can cause some frustration if you are playing on a lower end PC.

On top of that, when you finally manage to achieve the maximum level you will want to do things like Molten Core which is an instance that requires 40 players all to attack the same monster which as you could imagine, could lag on a lower spec PC due to all of the different sounds, animations and effects.

If you take WoW seriously and want to be able to play in a more team-based environment where you play as an important guild member then look to buy a mid-range gaming PC. With a mid-range system, you can also load up all your favourite World of Warcraft addons for both PvP and PvM. 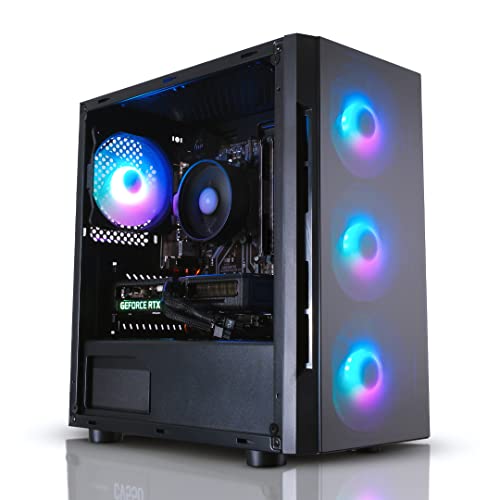 The CPU paired with super fast RAM allows for super smooth gameplay when it comes to WoW Classic along with approx less than one minute load screens between zone swapping. On top of that there is plenty of scope for internal upgrades including new CPU, graphics card and mainnboard. This top, mid range gaming PC has at least 2-3 years without upgrades. Check it Out
You might also like:  Best Gaming PC for Under £1000 in the UK

The Megaport Gaming PC Bundle is extremely good for WoW Classic and at this price point with the 6 core CPU it makes running WoW a piece of cake as the CPU does most of the work along with the GTX 1050Ti graphics card allowing for beautiful graphics to be shown, even allowing up to 4K HD visuals. This PC can play anything at high settings pulling in well over 60FPS. Check it Out 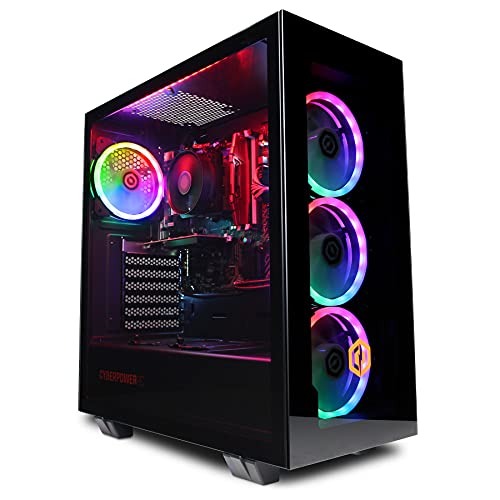 Although this PC is not part of a bundle and is at the top end of the price range for mid level gaming computers, this is still good value for money as all the components are built to high quality and are lightning fast. If you can at some point upgrade to a big monitor or even maybe dual monitors than this rig would be the envy of your gaming friends. No graphics card glitches whilst doing big dungeon raids in WoW with this PC! Check it Out

When playing WoW Classic on a high-end PC the game will feel super responsive along with the ability to be able to run at maximum settings including with no lag or performance issues.

Even on mid-end PCs players may experience some lag when playing MMOs that have a large number of players in an enclosed area, however, if you spend a little more you can remove that issue as well as being able to play any other title that is resource hungry such as Overwatch, Gears or Call of Duty. When you have a few settings to improve graphic pixelated output such as particle density or increase level of shadow, then a top of the line gaming computer brings both the landscape and characters to life in WoW in stunning detail. 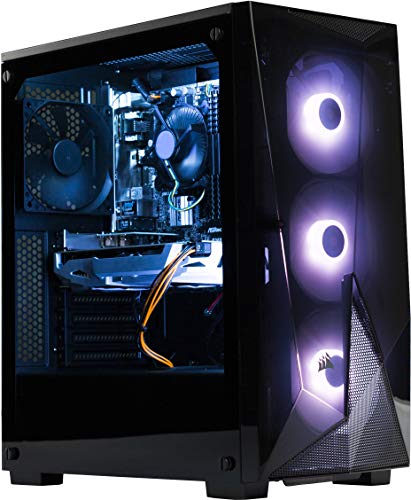 From here most of the upgrades are more of a luxury than necessity as this PC will run almost every game at maximum setting including all of the quests and battles in the famous lands of Azeroth! The only feature you may be missing out on is RTX which isn’t required on WoW anyway. Playing Warcraft Classic on this computer doesn’t get much better. Check it Out 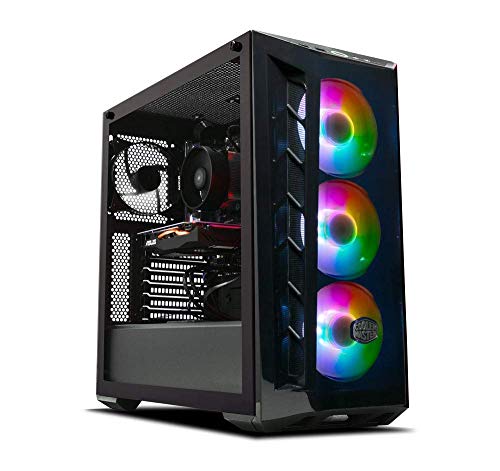 This mega power PC allows for some of the best experience for MMOs. The Navi Graphics Card will allow for the best experience when playing WoW as well as numerous other games and applications. Whatever you install on this computer, it will run at lightning speed and if playing WoW faster than most players on your server is important to you then consider this epic, super gaming computer. Check it Out

Presenting the PC PowerZone ultimate gaming PC for World of Warcraft. If the price is secondary consideration to enjoyment, performance and sheer indulgence then this Fierce computer is what PC dreams are made of. Check out the Intel i7-8700 – imagine being in a 40 man raid playing with this baby? Quite simply, a stunning WoW ready power PC looking for a good home. Check it Out

When it comes to buying a gaming PC for an MMO like World of Warcraft you want to make sure it has a powerful CPU as most MMOs don’t really have much in the way of requirements for graphics.

It is the number of animations and characters that the game will load at any given time and the best CPUs for this are either an Intel I9 which can be a bit overboard for WoW Classic. Alternatively, you can also stick with any of the I7 range of CPUs or AMD Ryzons as they are cheaper and will perform at a decent level for at least one to two years of PC gaming.

Can You Build a Gaming PC for WoW Classic?

You can buy all the separate parts for a gaming PC but it is not recommended as there are many issues that can arise. For example, you could order the wrong components that are not compatible with say, the motherboard or graphics card.

The price also quickly adds up (components, cases, PSUs etc). Unless you are a professional in the IT field or have extensive knowledge on how to build a gaming PC our advice is to buy your first gaming PC for WoW classic – this way you get maximum enjoyment without the hassle!