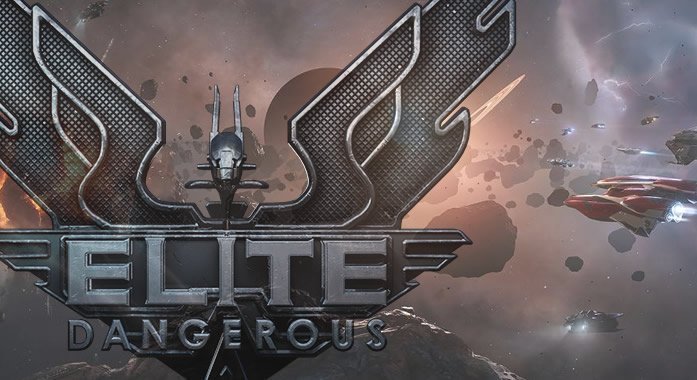 Elite Dangerous is a simulation game based around space fight, it is published and created by Frontier Developments. While piloting a space ship, a player is able to explore a realistic world scaled 1:1 based on the Milky Way galaxy. Actions by players directly affect the narrative. There are both multiplayer and single-player options in this game and one of most important aspects is the Federation and Empire ranks system.

Why Ranks Play an Important Part of the Game

Ranks represent your status in the various factions of the game and there are different types of ranks depending on how far you progress.

When you enter the Federation or Empire, you will start without rank. After that, you will have to spend time on missions for various Cartels in the game. With time, you will gain trust and be offered better work. As you progress, various agents will contact you and offer you contracts that are in support of the federation or the empire.

When you complete each task, you will gain a better rank as your reward. The various ranks will unlock different capabilities such as the ability to go on special missions and use special ships. You can view the ranks and reputation on the right panel of the ship.

The are 14 Elite Dangerous Federation ranks. Players that are highly ranked get access to special missions, ships and a permit to access restricted areas. The ranks (in order) are:

This mission will test how dedicated you are to the Federation. You need to acquire goods that are illegal in that system. The time limit to complete each mission is just 10 minutes.

This is another delivery job and you will have three hours to find medicines and food.

You make more medicine and food deliveries within two hours. You may also be asked to smuggle in some secret documents.

To become a Petty Officer, you have to assassinate a high-ranking member of the Empire. You will be given the system you should visit and you must search for the unidentified signal source points in order to find your target. They must be killed within the system where you find them or you will fail the mission objective.

To attain this rank, you will need to do some more fighting. In this mission you have to find and kill pirates and the number of people you need to kill will vary.

This is another delivery mission and you might need to find combat stabilisers again. A good place to find them is in High Tech Systems. These systems are run by the Dictatorship.

This is another courier mission that must be completed within a given period. When you complete the mission you will be allowed to buy a Federal Dropship.

This is a courier mission where you will have to transfer Secret Files.

This is another assassination mission.

The mission is to engage and destroy pirate vessels in a nearby system. Go well armed since you need up to nine kills in this mission.

This is another courier mission.

This is another courier mission to get medicines and food.

You have to rescue passengers from a burning station within Federation space. You also need to focus on the mission that will increase your reputation.

You will be given various missions to complete.

The Empire prides itself at being technologically advanced and is widely seen as one of the most mighty yet morally questionable (actively promotes slavery) super powers in the Galaxy. The Elite Dangerous Empire Ranks form an integral part of game play and we list the ranks in order:

This mission will test your dedication to the Empire. You will have to deliver specific goods that might be illegal in the system. Some items you have to smuggle in include combat stabilisers and personal weapons. Ensure you know where to find the items before accepting the mission. It has to be done in 10 minutes.

This also involves delivery. You have three hours to find food and medicine.

These are more food and medicine deliveries within two hours. You may also be requested to deliver secret documents.

You will have to assassinate a high-ranking member of the Federation. Your mission might require you to kill a Dame or a General. You will be provided with a system and you have to find the general using USS points to identify them. They must be killed inside the system or you will have failed.

There is a lot of fighting needed to become a Knight. You must find and kill pirates. To complete the mission, a specific number of pirates must be killed. Again, you need to find USS points to identify which pirates you will have to kill.

This is a delivery mission and you might need to deliver combat stabilisers. Find a High-Tech System that is run by a Dictatorship.

This courier mission has to be completed in a specific period. When you complete it, you will be allowed to buy the Imperial Clipper.

In this mission, you have to assassinate a General running an Imperial Clipper.

You have to engage and destroy pirate vessels in a system close to yours. They are plotting against the Empire and they need to be destroyed. You need to be well-armed since you need to make between 3 to 9 kills. It will depend on the security status of the system.

(No spoilers for these ranks!) You will need to complete various favourable missions for the Empire factions. These missions are similar to those you have already done in the previous 11 ranks.

Elite Dangerous is an exciting and interactive game. Each rank gives you bragging rights as well as access to new systems and ships. You will definitely have hours of fun playing this game. Get started today and start ranking up. Whether you pick the Empire or Federation, you will not be disappointed.

Toby is a self-confessed PC gaming addict. From RTS to first person shooters pretty much anything goes for Toby and despite his appetite for anything related to PC gaming his biggest claim to fame is to have his own comic published. At PC PowerZone, Toby brings all the latest news and gossip along with some helpful gaming tips.