You are here: Home / Devices / How to Recycle My PC? (The Legal and Green Way!)

According to recent figures from Defra (the Department for Environment Food and Rural Affairs), the recycling rate for households in the UK has risen in the past year to 45.7% from 45.2% as was the case in the 2016/2017 calendar year. The question of how to recycle my PC is really important because we should all be thinking about how we can dispose our tech in a responsible way.

The new figures which are contained in a report released on February 14, 2019, provide an up-to-date picture of how the UK is performing when it comes to recycling matters. It also covers the UK’s management of biodegradable municipal waste as well as packaging waste. The figures released by data are used to measure how the UK is performing compared to the targets set out by the EU Waste Framework Directive.

What’s Inside a PC that you can Recycle?

Discarded computer equipment comprises of items such as circuit boards, monitors, hard drives and printers. All these items contain many recyclable parts that can cause serious havoc to the environment if allowed to go into waste as opposed to recycling them.

Did you know that it is illegal in the UK for you to just dump your old PC in the bin?
Read the UK gov website on how to responsibly dispose of your electrical items including PC hardware.

The printer cartridges, glass monitors, batteries, keyboards, circuit boards, aluminium and plastic casings, power cords, cables, ray tubes, and CD-ROM drives are all items that can be recycled. In a computer, only 2 percent of its components cannot be recycled.

The remaining portion that makes up the two percent gets separated from the other components when the computer is sent to a recycling facility.

Why you Should Recycle!

The reason being that old computers contain very many components that can easily be used in the fabrication of new machines. For example, the glass and plastic accessories from old computer monitors can always be reused. This helps limit the amount of new plastic that will be required to manufacture the new computers.

How do I Prepare my Computer for Recycling?

According to the WEEE Directive, it is illegal for you to dispose of your old computer in a landfill. For this reason, you need to wipe off all the data before recycling it.

The first step is to create a backup of all your data. Save the data on a portable storage device from where you can retrieve it later on.

The second step is to wipe the hard drive. Ensure that you delete all the files from the drive before applying a shredding program to overwrite remaining files. The third step will require you to clear your browsing history before uninstalling any programs remaining on the machine.

What Else Could I Do with My Old PC?

Recycling should be the first thing that pops into your mind when getting rid of an old computer. However, you can also think of other ways to make it useful.

Donating is a great way to make use of an old computer. If the computer is still functional, you can always donate it to the less-fortunate people. You can use an online search engine to locate local hostels or charitable institutions in your post code that can put the old PC into good use.

Some of these organisations will collect the used PCs from your home and donate them further to where they are needed.

Giving My Computer to Charity?

Yes, great idea! Your local high street is home to probably at least a couple of charity shops who would only be too glad to take your old (but working tech) off your hands. This is a good alternative to the how to recycle my PC? issue because it goes direct to new home where it will be used and the charity will benefit financially by selling it in their shop.
Many people like to donate their old computer to animal shelters, Cancer charities, Oxfam, Save the Children, Red Cross, RSPCA and others.

Donate to Local Clubs and Groups

If you are not sure where you should go to donate an old computer, you can always get in touch with Recycle Now. It has an easy locator in the UK which you can use to find recommended e-waste collection points that are then distributed to local clubs that can benefit from the computers.

Another viable option is to get in touch with the Turing Trust. The Turing Trust is a recognised UK organisation that reuses computers by delivering ICT resources to where they are needed, mostly in sub-Saharan Africa.

Finally, you can always look to off load your PC by getting in touch with local brownie/girl guide and cubs/scout groups who are always looking for good second hand items to add to their unit.

If the old PC that you want to get rid of is not too archaic (some retro machines like old ZX Spectrums and Commodore 64s are really collectable so you could sell these online and give the cash to your local fund-raising event), you can always consider donating it to a local hospital or school. Even if the PC is beyond its sell-by-date, a local school can put it into good use by sending it to their computer lab where their IT team can at worst use the parts to repair another PC.

Many high schools or colleges will accept older computers as they can use them as experiment models, have their students take them apart and then attempt to reassemble them. Your local night school that teaches PC repair might also be interested in your old PCs and laptops.

Selling My PC for Cash

If your not feeling generous! – Somewhere online, there is someone looking to buy a computer. The person in question may not be in a position to purchase a new PC or they could be shopping for a second PC for use at home.

Maybe that old PC or laptop you are about to discard is what they have been looking for on eBay, Facebook or Gumtree. Assuming that the transaction proceeds without a hitch, everyone gets to walk away happy. Your old hardware gets to find a new home and you get to earn some extra cash!

How to Recycle My PC? – Your Suggestions

If you have any good ideas that you think that would add extra value to our PC PowerZone guide on how to recycle my PC then please get in touch with our editorial team today. We can’t promise inclusion but every idea will be carefully considered! 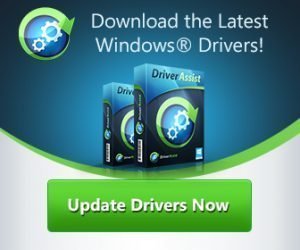